One of the worlds most awarded catamaran designs, the Seawind 1160 Deluxe is a true blue water sailing catamaran. The design combines the best features of previous Seawind models to create a catamaran that is not only spacious, well ventilated and comfortable with plenty of storage, but is capable of sailing anywhere in the world. The 1160 Deluxe was the original version of the 38ft Seawind. As opposed to the 1160 Lite she has inboard diesel sail drive engines, a timber interior finish and a better equipped galley.

The open cockpit is perfect for a BBQ lunch, entertaining or setting up dive equipment. The targa seating is not only super comfortable but offers a great view of the world. 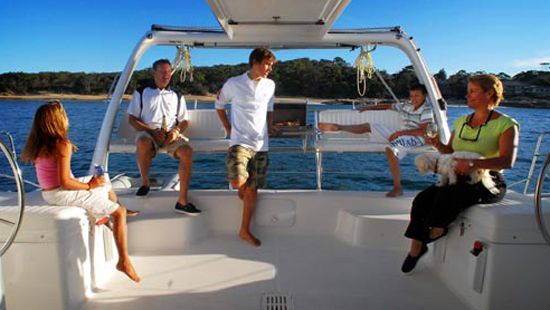 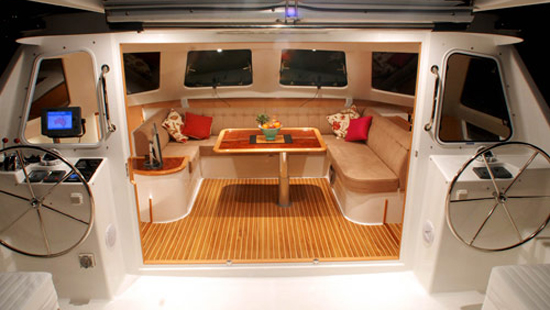 The unique trifold door system on the Seawind Catamarans allows for the large covered cockpit to join seamlessly to her saloon, increasing the living area and the natural ventilation of the entire boat. The twin wheels which are protected from the weather and 360 degree vision make steering a breeze and with all lines leading back to the cockpit she is easily handled short handed.

The Seawind 1160 Deluxe’s interior is finished in the traditional timber which many people have grown to love. Her galley is well ventilated with an opening window above the stove, has plenty of bench space and storage throughout.